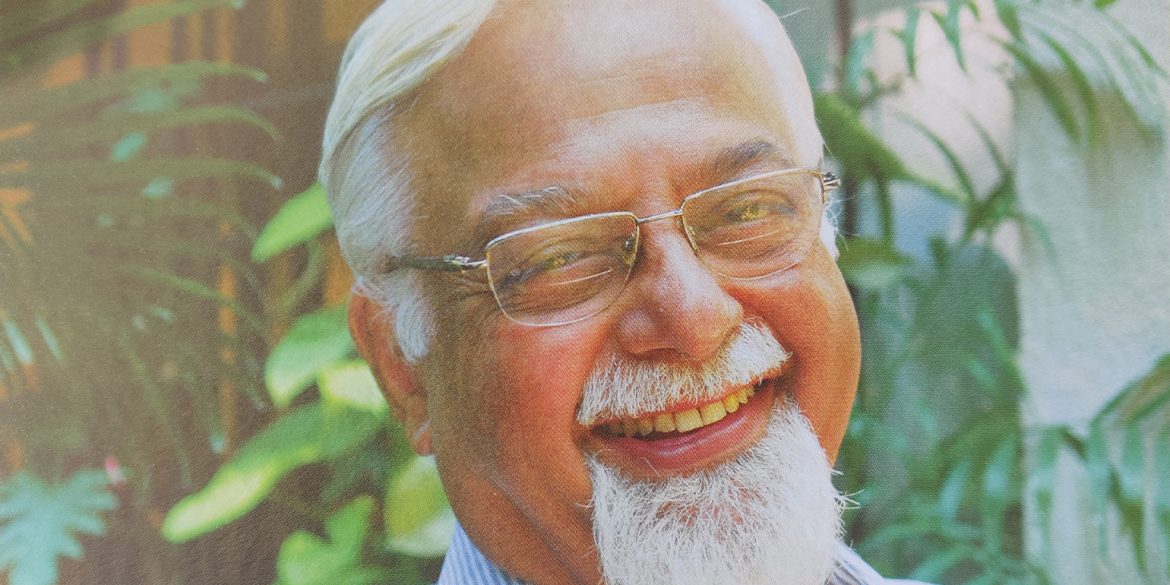 And remembering the iconic logos he helped create

Note from the author: Years ago, I was researching about stories behind iconic logos in India; that’s when I met with designer and professor, Vikas Satwalekar. We had a long conversation in Le Pain Quotidian that had just opened in Mumbai’s BKC.

I took copious notes of the long conversation, but sadly lost them while moving houses. Based on our conversation, I wrote an article for the Kyoorius Magazine. I  focused on the history of logos and omitted the stories and anecdotes he kept digressing into, specifically about his time at NID. I regret not writing about it all.

He was full of pride and love for NID, his alma mater that he joined right after his post-graduation and rose to become Executive Director. When we had met, Satwalekar was caught between moving houses. Endless logistical and operational tasks filled his day. Talking about design and NID infused him with energy. Our conversation went on for a little more than three hours.

Later, I followed up with him for weeks for any archival material he could find, any sketches or prints. He couldn’t. In our last conversation, we lamented about lack of documentation and archival practices in India. He ended with sort of an honest confession, “Documenting is necessary, but it’s much work and not so fun.”

On Saturday, 27th June, we lost the designer and teacher Vikas Satwalekar, and with him, we have lost so much, that we will only realise with time. He was one of India’s first generation of design professionals and educators. It’s rare to have a faculty like that.  With the passing of Satwalekar, we have reached at the end of an era in Indian design.

The 1950s and 60s, the Mad Men decades, are often regarded as the gateway to the golden era of graphic design. Creativity soared, brilliant work became a habit and design gurus, who are worshipped even today, were born. While this was the story in the West, in India, these were the years when the seeds of design as a profession were being sown. However, this period did give birth to some of the brightest Indian designers who worked towards building identities, systems and structures of our developing nation. One such designer from the first postgraduate batch of National Institute of Design (NID) is Vikas Satwalekar, the man behind the iconic identities of Doordarshan, Hindustan Lever, Mother Dairy, TISS and many more.

Satwalekar started teaching undergraduate designers towards the end of his post graduation and continued teaching for decades, retiring as the director of NID. Academia aside, he also designed many iconic identities, communication projects, and exhibitions such as Discovery of India (that still runs in Nehru center Mumbai).

In this feature, however, we will concentrate on his contribution in creating some of the most iconic and eternal identities in India. And one such identity is Doordarshan’s identity.

Doordarshan, one of the largest broadcasting organizations in India, initially worked as a part of the All India Radio (AIR). In April 1976, television was separated from radio and the director-general of Doordarshan approached NID to create a logo for the organization in about 10 days. “Faculty members from NID worked on a few options, and they were good, but I kept having this nagging feeling that something was lacking,” Satwalekar said. Ideas from a design project running in another class but unrelated to Doordarshan were added in the pool. “I felt they were ideas that could work,” he said.

Satwalekar, along with the director-general, presented close to fourteen options created by students and faculty to then Prime Minister, Mrs Indra Gandhi, and she selected the logo made by a student, Devashis Bhattacharyya, as part of a classroom exercise. “The sketch that Devashis created was modified a bit towards the end. It was actually for a travel agency, but it required very little modification in terms of the concept and form,” said Satwalekar. The monochromatic black and white animation was created by RL Mistry, an animator at NID, and the music was composed by the legendary musician and composer Ravi Shankar.

After a few years Doordarshan was launching a number of channels like DD Metro, DD sports, and many regional channels. NID was again approached by then director-general of Doordarshan, R Basu, who wanted to create an identity for all the channels. Satwalekar took over the project of revamping Doordarshan’s identity. “We decided that we will not tamper with the original symbol, just modify it without changing the concept,” he said. A gradation in the logo was introduced, and colour scheme was created for the eight channels, announcement programs and other identities. Animator Nina Sabnani created two signature animation films.

Satwalekar also designed the famous Mother Dairy logo. Dr Verghese Kurien came to NID with two or three projects in mind, one of which was the bulk milk vending machine, and the other was the identity for Mother Dairy. This was the time when Operation Flood was the ubiquitous phrase. “I started thinking about what is the genesis of a flood. It all starts with a drop. And then I studied the milk drop,” he said.

Satwalekar took inspiration from the incredible photograph of a drop of milk falling on the surface and bouncing up and is totally round. It was clicked using a high-speed camera by Massachusetts Institute of Technology. “The Mother Dairy symbol is a drop, and then there is an arc inside,” he said. After about three months, Satwalekar showed his design to Dr Kurian who commented, “I told you that I was dreaming of a flood of milk in the country. And what you have given me is a drop.” But eventually it was adopted.

In 1975, Satwalekar and his team made a corporate presentation to be presented by Mother Dairy at the World Dairy Congress in Delhi. Well known animator  and director of the time, Ishu Patel, created an animation to explain the concept of Operation Flood, with a focus on pasteurisation of milk. NID had just started garments and apparel design program, and the students also designed the uniforms for the workers.

The consumer goods giant Hindustan Lever limited (now Hindustan Unilever) wanted an identity for their brand. “The project was given to Lintas, who in turn outsourced it to an advertising agency, Clarion Advertising. Then, Gerson da Kunha (who later joined Hindustan Unilever) along with a team member from Clarion approached NID for designing the logo,” he said. Satwalekar recalled that they had to work extremely hard to crack the right symbol. The project was taken to a few classes and four or five designers worked on it. After a lot of designs the chairman of HUL finally selected this one. I think they really made us slog,” he said laughingly. One of the advertising agencies took over the design for the rest of the identity.

After graduating in English literature from Xavier’s College in 1964, Satwalekar had decided on joining NID. “I had anyways decided that I have to be a graphic designer,” he remembered. He was 19 then.

NID provided Satwalekar and its other students with opportunities and resources that were a dream for design students across the world. One such precious resource was having Arman Hoffman as a faculty for newly started post-graduation course. Hoffman initiated a new phase in Satwalekar’s design career—that of Swiss Design. Though Hoffman taught at the institution only for six months, Satwalekar was sent by NID to Basel School in Switzerland for a year where he was again under Hoffman’s guidance. “Swiss design gave me a certain clarity in terms of form—form without frills, it was direct and fantastic,” he said.

Satwalekar’s greatest design influences are also embedded in his alma mater—Gita Sarabhai, who played a pivotal role in establishing NID, and the inspiring and intuitive designer, Dashrath Patel. “Anyone who has worked with him will never make a mistake of misjudging a line even by millimetres, that is the kind of training he gave. He made you do a thing 100 times till you got it completely right,” he said.

Towards the end I asked him the secret of creating great work, he said, “I think more than 50% of this great design is dependent on your client.” And after a long pause, in his idiosyncratic honesty, he continued, “It is the client-designer relationship that helped me produce good work and TISS gave me that Mother Dairy gave me that. Some other clients did not, and hence some of the work is quite sterile.” 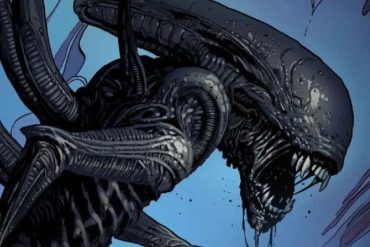 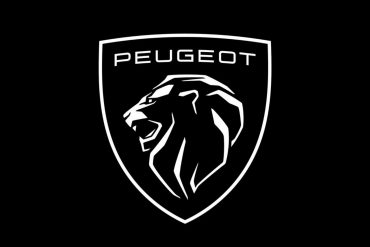 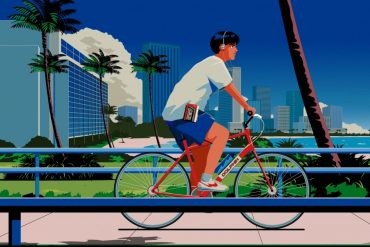 An ode to cassettes, vinyl and the retro boombox: Enter the kaleidoscopic world of animator Ardhira Putra 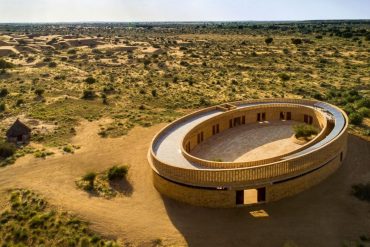