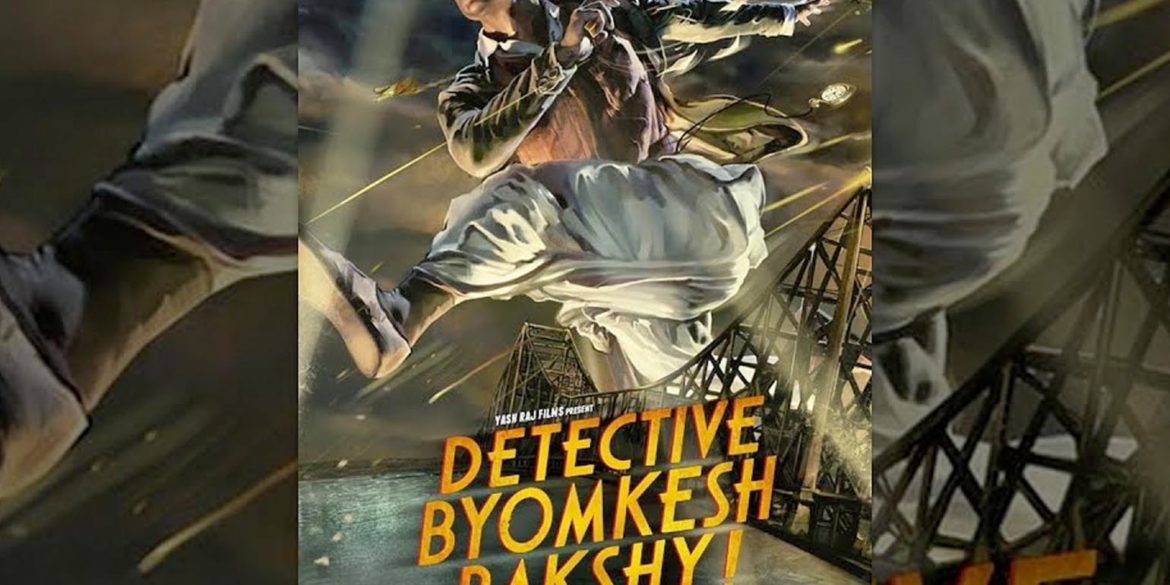 This article is the second in a series of articles featuring movie posters from across India, released and unreleased works too, for their merit. Keep watching this series for more.

All images are copyrights of the designers (A Grinning Tree)

Bengali cinema appears to be more intrinsically artistic than the rest of country, there’s no denying that. We looked at the work of A Grinning Tree Production, a Kolkata-based agency headed by Shamik Chatterjee and Anindita Sen, all of which is quite universal, hardly what we’d expected from a regional agency. They also designed the posters for Detective Byomkesh Bakshy!, the recent Dibakar Banerjee film adapted from the stories of Bengali writer Sharadindu Bandyopadhyay, set in the 40s.

“Dibakar was a friend we’d known from NID, and when he came to us for the publicity design, he already had a look and feel in his head. The work draws heavily on references from the works of Narayan Debnath, Pratul Chandra Bandyopadhyay, and Mayukh Choudhury who created original characters like Detective Koushik Roy & Aguntuk.” Shamik explains, “We also were inspired by the pages of Shuktara by Deb Sahitya Kutir and Indrajaal Comics, which helped us create the mystery and intrigue.”

The level of experimentation differs from one project to another. Of the 100-plus films they have worked on, about 60–70% are commercial [a la Bang Bang, if we draw parallels to Bollywood]; that isn’t as experimental, “but you have to understand that you can’t make things out of your whims and fancies. It has to appeal to an audience and ultimately, it has to sell.” Shamik says, “Even with the commercial films the onus is on the designers to find middleground and push the clients when necessary.”

We focused on the posters for Nirbaak, Hemlock Society and Meghe Dhaka Tara. Talking about these projects, they say, “Nirbaak is absolutely derived from the concepts of Salvador Dali, the surrealist.” The movie celebrates love that transcends human language through four love stories tied by the protagonist, played by Sushmita Sen.

“When Srijit [Mukherji, the director] gave us the brief, he showed us a lot of Dali. But Dali can become very cerebral. If we go all out and recreate Dali, it’d end up looking absolutely non-commercial, and we had to strike that commercial balance. So we extracted a form that covered all areas but maintained the essence.” Nirbaak as a campaign has a solid visual which was adapted across platforms.

Hemlock Society is a dark comedy that revolves around the psychological dilemmas of life, where the protagonist finds ways to end her life. “The campaign itself revolves on the different methods to commit suicide. That’s it. No other concept. Though we had a very popular face from the industry, we didn’t want to use it.” The immediate reaction of the producers was no, but a month later, they found it perfect and went ahead with it.

While most designers were reluctant to share the unreleased works because of their obligations to their clients, some of those who were more willing preferred to call it the “recycle bin” versions… because ideas never die out. A Grinning Tree Production showed us some unreleased posters for Meghe Dhaka Tara, a remake of a 1983 film, which is all black-and-white except for the last scene which is in colour.

The film is set in 1969 and is inspired by the life and work of Bengali filmmaker — Ritwik Ghatak, shown through the story of Nilkantha Bagchi, the protagonist. It shows his struggle to understand communist politics and deal with realities of life such as economics and sustenance.

We hope you enjoyed A Grinning Trees work. For more, browse through their Behance.