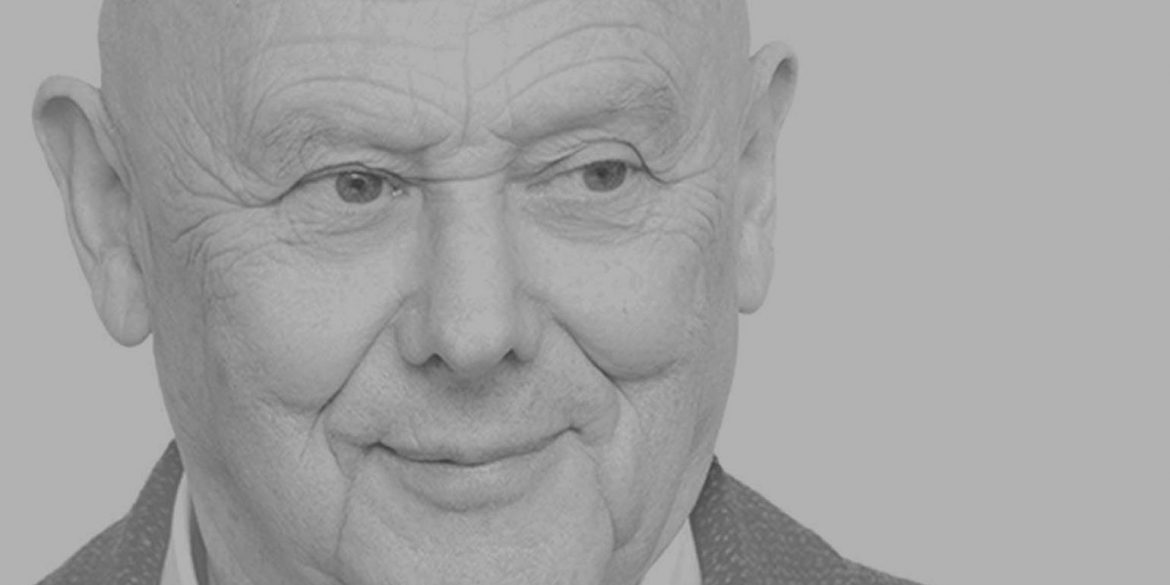 A Letter from Michael Wolff (April 2012)

Are we beginning to know one another? I hope so.

Are we beginning to know one another? I hope so. Even though no one’s been in touch with me by mail or email yet.This is my fifth letter to you. Maybe, because I’m in London, I seem remote to you, so, in this letter. I will open my heart through the medium of music. Two great art forms are particularly close to designing, one is cooking and the other is music. Both are visceral and both are about creating. So with this, longer than usual letter, I want to tell you my life story through music.

Since I was six, music has always been an intimate companion. I’d hear my parents saying words like ‘foxtrot and quickstep’ and placing their precious shiny black records on their felt covered gramophone turntable — carefully lowering that strangely shaped chromium plated arm that played scratchy and hissing music all through my childhood. Always an argument about when to change the needles. Often arguing noisily in Russian about who’d lost the tiny tin, with dozens of perfect new Columbia steel needles, nestling in crisp paper inside.This first piece of music always restored the household calm. For me,Victor Sylvester’s elegant dance music was already an anticipation of glamour and romance to come.

A jump of ten years through Phil Harris, Benny Goodman, Spike Jonze, Edith Piaf and literally weeks of French cinema and passionate Francophilia — which still burns steadily. In those days, I spent hundreds of nights with Dixieland, New Orleans jazz and blues, dancing in London’s jazz clubs, instead of persevering with Architecture at the AA — Sidney Bechet, an American from New Orleans who lived in Paris, was my next music hero.

Adult life ran alongside my own kind of life, and my musical taste became so eclectic it gradually become impossible to explain it. Music still continues to bring solace, exhilaration, sadness and joy. Singers like Ruth Etting and Bessie Smith, and big band swing,held me in their thrall.The singer that reflected all of this and epitomised the huge and central role of humour in my life was the joyful and exuberant Fats Domino — complete with his 200 suits

Les Paul’s guitar playing, his multi-track arrangements with Mary Ford and Count Basie’s subtle piano interweaving with his juicy and immaculate big band, were both special to me as I started to appreciate how detail and ‘the big picture’ are inextricable expressions of each other.These two pieces are permanently imbedded in the ‘easy to reach’ part of my music memory.

By now, some rock’n’roll groups were far outstripping the creativity of the design world in which I worked.The Beatles in particular, light years more dazzling and important to me than any designers working in my lifetime — except possibly Le Corbusier. I was amazed by The Who’s opera ‘Tommy’ — amazed. Not just by the subject and the story and the wonderful observation in the poetry of their lyrics, but by the orchestral power of the music. I stood next to a battery of speakers throughout a deafening live performance at the Round House and was transported to a place I can’t even begin to describe. And the ‘acid’ did no harm.

At this time I was living a family life and working in Wolff Olins. I can’t remember why, but I spent many nights doing long drives — hundreds of miles — listening to hours and hours of American rock’n’roll on the eight track “Slot Stereo” we’d designed. I feel such empathy with this tremendous music. It’s almost running permanently through my blood stream today. I love it!

Some songs, where the lyrics and the music are as one — like flowers and their leaves — are like a perfect thirst quenching drink on a balmy summer day. This Paul McCartney song, ‘Blackbird’, always comes effortlessly into my mind. For me, it’s the sound of absolute equanimity. It ripples down my spine.

At an altogether deeper level, Mozart’s music has reached me more intimately than anyone else’s. This miraculous aria from the Marriage of Figaro has always, and will always, stop all thinking and hold me in awe. Nothing to do with the opera itself or the story – simply the purest singing of a great soprano and Mozart. Nothing else to say. Just listen.

My work life is now turbulent — from leading a company of many colleagues, many who became my greatest friends, to ‘leading’ a one man band — then back to a company of colleagues and then back to singular work again. And again. A roller coaster life, with the great joys of an ever extending family to keep me sane and living with love. America became an unexpected fact of my life. My family extended again to embrace more ‘growing up children’ from the US, more best friends and more American music.

This account of music now stops being any attempt at personal history, because all the music I’ve selected from now on, is really just music that I’ve loved for many years. A bit like my clothes, some have been around for decades. They come and go and then I start wearing them again.

Bob Dylan’s poetic lyrics always connect with me. I sometimes feel, when I remember them, that at certain times they literally were my life. I seem, from time to time to have lived through some unaccountable episodes. Among them extended times at Isle of Wight festivals and ‘trips’ into adventures I don’t even remember. Most of Dylan’s music resonates naturally with some of those extraordinary interludes. Especially long, long songs like Jack of Hearts and this song where he sings about a little rooster with something on his mind.

You’ll have to buy Blood on the Tracks and listen to the track called “Meet me in the morning”.

In 1986 I met my third wife in Kansas City. She was living there with a son, a daughter and a three legged cat — Lucy. Her son and I often danced to this George Harrison song. It wasn’t an easy time for him and this song always made us want to dance and feel warm and happy! Sometimes, in my life, music has played a defining role in the start of a relationship.

At any point in my life there are certain pieces of music that keep recurring. I know them so well, forget about them completely, and then they come back, bringing a wave of recognition and delight. Billie Holliday has always been there in that way for me.The musicians who play with her support her with such obvious affection, it reminds me of my good fortune in working with so many friends, and how often they’ve supported me and brought their strengths to compensate my weaknesses. There’s always a mixture of tragic sadness and a love of love in Billie Holiday’s music. Listen to these lyrics. They’re quick, short and tell the whole story.

Mumbai North: A view of Mumbai’s Suburbs from the skies.

“My Tennessee Mountain Home” by Maria Mulduar. Sometimes, although my family was from St Petersburg, and all my life has been an English one so far, songs like this one by Maria Mulduar make me feel as if my roots are from somewhere like Tennessee in the American South. I feel a kind of longing for it. Strange — but it’s such sweet music.

At one time I was flying to Kansas City every week. One of my daughters and two grand children live there and my very close friends the Barsotti’s live there too. Charlie Barsotti is my favourite New Yorker cartoonist. His home is where I recharge my sense of humour, and where I relax most deeply. I delight in the biggest and the smallest of American stores and unbeatable BBQ. (The Nebraska furniture store is over a million square feet.USA!) Chuck Renner’s store in Kansas City is where I buy my cowboy boots.

Dear God, this is amazing music. As far as Gods are concerned, Charlie Parker is one of mine. I hated ‘bop’ until I loved it. It happened suddenly. All over in an hour. It was Dizzy Gillespie’s fault.At any point in the last forty years, whenever I need to loosen up and find a feeling of fluidity, it’s either the miracle of cranial osteopathy or listening to any Charlie Parker. This short track in particular.

It wasn’t all that long ago that I realized how valuable and wonderful tears were. I was always uncomfortable with mine, and not too happy around anyone else’s. This timeless duet is at least as miraculous as two summer sky larks singing together. It never fails to bring locked away tears to my eyes. It’s always been music that moves me more than any other. I hope I can take it with me.

This was completely irresistible the first time I heard it. It remains irresistible. For me this is the most extreme music. I don’t just hear it, I eat and drink and dance it. It reaches all of me, and it connects my very first experience of what music did to me when I first heard it, to my experience of music today. For me it makes a mockery of age.

This last ‘song’ will probably mystify those of my friends who aren’t English. It’s a kind of cultural poem set to music. The music behind this ‘auction of gloom’ is timeless — timeless in the sense of stretching across decades. There’ve always been meetings or events, which I know I’ll hate, and to which I have had to go. Particularly some English meetings and events. For me this brilliant song by Spike Milligan — a genius — both epitomizes and ridicules these stifling functions. Hopefully never again is what I always say to myself, and then, there I am — in another dreadful function with dangerous catered food, in a huge nowhere room that I never want to see again.

In my next letter I’ll tell you the same story. This time how through many things I’ve seen that have inspired me through my life so far, have made me the kind of designer I am. The point of sharing myself with you in this way is to encourage you to celebrate yourselves so that you can flourish by being fully who you are, through your own work.

Recognised as one of the world’s most experienced practitioners in establishing corporate identities, Michael’s body of work has spanned more than 30 years. He enjoys encountering situations where he doesn’t know what to do or think. That’s when he needs, and so far, can count on, his creativity. Most of all, he enjoys old friends and new ideas. 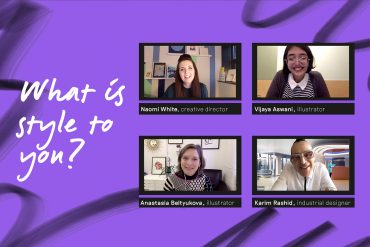 What does it mean for designers to have a ‘style’? Four industry experts tell us 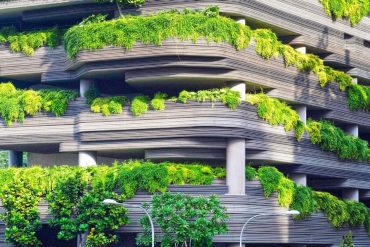 Imagine a building that grows organically, and by itself…. 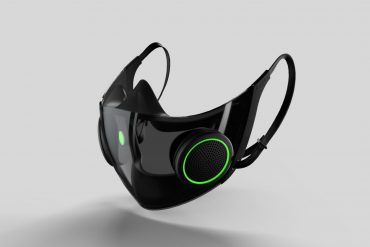 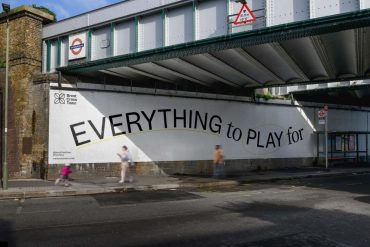