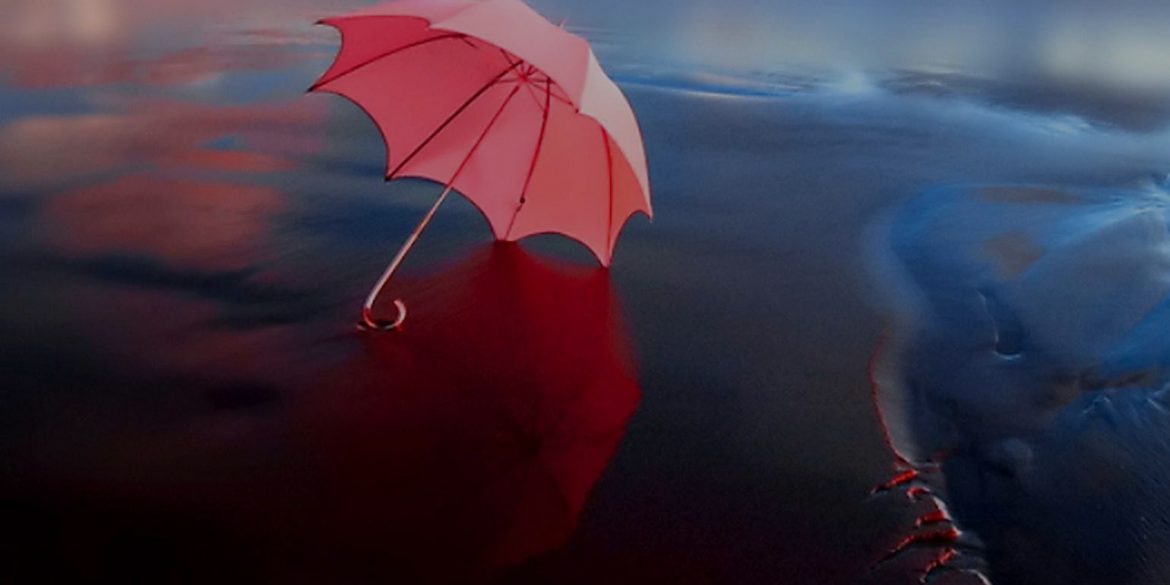 Making umbrellas also means meeting the demands of the masses.

At Reay Road, on Mumbai’s bleak Harbour Railway Line, groups of labourers laze and chat in the shade of trees and garages. Ask any of them for the chhatri (umbrella) factory, and many of the young ones answer vaguely. An old-timer however points us in the direction of a nondescript façade overlooking a new vein of shanties and says, “There.” The National Umbrella Factory in the more than a century old Atlas Mills Compound. While most stories of Ebrahim Currim & Sons begin at their umbrella-paradise-like store, this one takes place at their factory. Here men and women, very much like elves, busily craft umbrellas to be sold at their stores along the Indian coast where it rains the most – Mumbai, Calicut and Chennai. On the ground floor of the factory, finished products get packaged in preparation for the upcoming umbrella season across the country. All around are sacks that contain deconstructed umbrellas – handles, springs, fabric, ribs, crowns and clasps.

Established in 1860, the company’s range of umbrellas were sold under different brand names such as Columbia, Ship and Dragon in different parts of the country. The one that survives till date and the one that Ebrahim Currim & Co. is best known by, is Stag. It all sounds very Anglophile, but Zameel Currim, the latest in the Currim line to run the umbrella company, says that Stag is a word that flexibly adapts to parlances. It is locally called Maan Mark in Tamil Nadu and Hiran Chhaap in the Western parts of the country.

As partner, 34-year-old Zameel helms affairs at Stag and his time is divided between the Reay Road factory and the Princess Street store. “The shop is the face of Stag but this factory is the epicentre,” he says. With a degree in Commerce, Zameel’s knowledge of umbrella design, manufacturing and marketing comes from more intimate sources. His father, Akbar Currim, managed Stag for 53 years before passing it on to his son. “I stand on the shoulders of giants,” says Zameel, “My father worked every single job in the factory – from cutting to joining to managing the whole show.” Then there were the childhood summer holidays that were spent either at this factory or at their store at Parry’s Corner, Chennai.

The eponymous Currim who founded the 155-year-old company, worked first as an umbrella repairer in the subcontinent where these products could only be imported. When Ebrahim decided to ‘make in India’ (even back then), umbrella parts still had to be brought in from various parts of the world, such as frames from Germany and fabric from Britain. He eventually set up bamboo plantations in Kerala, from where were harvested the finest material for umbrella frames, and tied up with Century Mills for waterproof cotton and silk umbrella cloth. “Have you ever used a cotton umbrella with a brass frame? You have no idea how heavy it can be!” says Zameel, with a hint of relief in the knowledge that umbrella fabric has now shifted to nylon, silk and polyester. When it comes to innovation, Zameel strongly believes that change lies in the details. These are parts of the whole and these marginal advantages can lend to a more improved product. For example, a little square of cloth stitched below the rib joints can save your canopy cloth from rusting.

Similarly, fibre frames are the future for umbrellas, says Zameel, who is looking at implementing high-end fibre frames from China in a bigger way. These are resilient and light, much in the way that bamboo was used as an effective material for umbrella frames. More importantly, these have a shape-memory and thus, won’t rebelliously turn outward when a gust of wind catches you unawares on Marina Beach or Marine Drive. “Most innovation however, will happen with summer umbrellas. Your best protection against the sun will be an umbrella, with its SPF +100!” predicts Zameel.

But, making umbrellas also means meeting the demands of the masses. Despite the saturation of inexpensive Chinese goods, including umbrellas, in global markets, Zameel feels that Stag has no trouble bouncing through it all. “If customers want to settle for a cheap product, they will do so irrespective of where the product comes from. At Stag, we are not interested in capturing the lower end of the market. The question is not how we compete with the Chinese market, but what is the secret of our longevity in Indian markets? The answer is quality,” says Zameel.

At the Reay Road factory, umbrellas are passed through the hands of two workers, who personally check the finishing of each umbrella. If 1200 umbrellas are made in an 8-hour shift, there is no doubt that each one will be checked before being packaged away. Zameel is insistent that if it ever came down to a tug-of-war between quality and price, the former will always be the clear winner. Thus, durable umbrellas, made of silk and nylon, are more expensive than the polyester ones and Stag manufactures both kinds, suitable to how much you wish to loosen or tighten your purse strings.

In Kerala, one of Stag’s most important demographics, 42-inch-wide solid black umbrellas with flexus ribs arranged in the form of an eight-petal daisy, are the rage. You would think that these umbrellas are vintage and expensive, but Zameel clarifies that they sell for less than Rs. 400 and are the most basic requirements against the wet climate of God’s own country. The subject of whether umbrellas are just a matter of daily need or can be pushed to the status of an accessory, such as hats, is one that Stag routinely delves into.

“An umbrella is as essential as a toothbrush. If you get wet, you are not going to be happy – it’s that simple. Having said that, an umbrella, even back in those days, lent you status and was an item of pride. You can accord the same status that a hat or a turban has to an umbrella,” says Zameel. Despite the ready association of personalized canopies with status, extending umbrellas from commodity to accessory means challenging the tastes of customers regularly. This is not easy in metros, such as Mumbai, where the average customer is determined to choose convenience over style, such as folding umbrellas without curved handles that will fit effortlessly in bags and not come in their way of squeezing into the jam-packed local train.

But Stag continues to prod. While they have been selling the usual “Thaathaa Kudai” (Tamil for Grandfather Umbrella, the black umbrellas that double up as canes), the “Chhe-Sou-Gyarah” (Hindi for 611, which has a wooden frame) and the novelty umbrellas with fans in them, Stag has been changing with the times. Celtic checks, much in the manner of those found on kilts and bagpipes from the Scottish highlands, made their way into their newest range of umbrellas. “Dazzle,” a two-toned umbrella with coloured piping, was a recent fashion offering that shimmered like the dual moods of a rich silk saree.

Celebrity Sweat: An interview with the man behind Lonavala’s Celebrity Wax Museum Stag has to continuously understand the distinct needs of both sexes to produce umbrellas. “Handle colours, the colour of the canopy and the shape and size of the umbrella appeal differently to men and women. A black umbrella with a purple handle,” Zameel says as he points dismissively to one such on the table, “will never work for either of the sexes. Men don’t want purple handles and women don’t want black canopies!” Adhering to the polarised desires of the sexes, Stag even experimented with stripes, solids and checks for a men’s line, which did incredibly well with female customers as well.

Summer for umbrella makers is like summer for ant colonies. You prep in the dry season in order to face the wet season. At the Stag factory, umbrella production and experimentation are in full swing. Standing on the first floor of his factory, Zameel points to the north and says, “The fabric and canopy are readied here.” He then points south and says, “The frame is readied there.” And at the centre of the long hall is where the twain meet. Every fabric is matched with its frame. This matrimony is mostly done by hand and, apart from sewing machines and couple of other equipment, there is little mechanisation in the process. There is a meditative quality in seeing a man stitch ribs to canopies in less than a minute or a woman layering a set of canopies. On a slow day, the factory makes 80 dozen umbrellas and, on a high-delivery day, makes double that amount.

Meanwhile, experimentation with fabrics and shapes is an on-going process in the Stag labs. Newer waterproof materials and a range of summer umbrellas are being tested as well as possibilities of expansion in the umbrella market, a notoriously fragmented one in the country. Known traditionally to be the market movers, Ebrahim Currim & Sons are finding it increasingly easy to justify their designs. But, one thing never changes. “Putting an umbrella together is like building a house. You have to make it waterproof. One drop of water seeps in and its basic function is ruined,” says Zameel. A version of this article was published in Kyoorius 25.