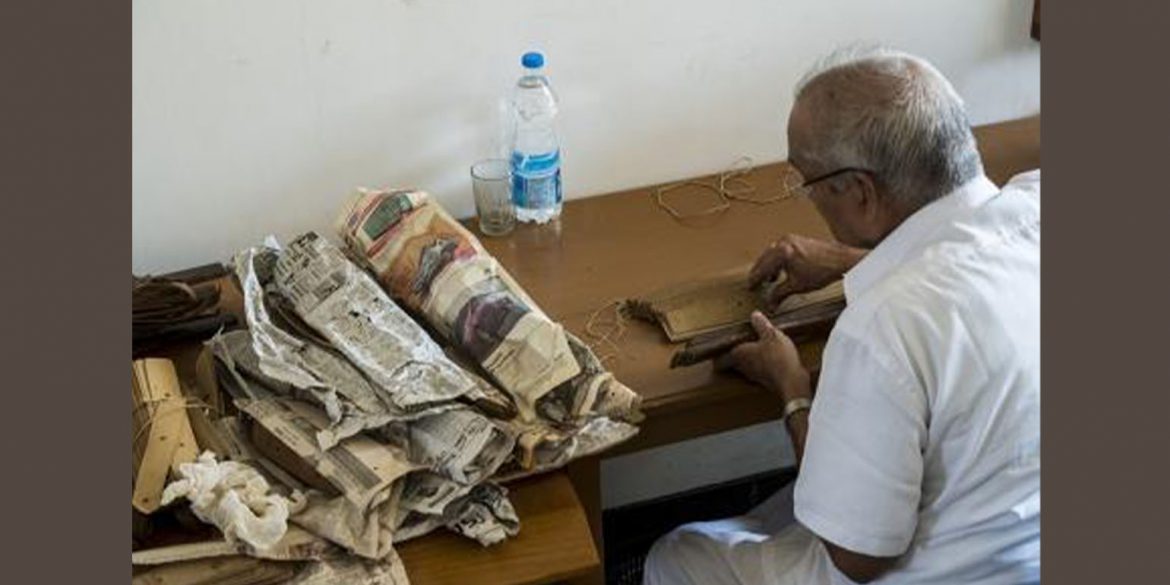 Scriptures from ancient India digitised by the British Library

Many cultures in ancient India documented their knowledge on paper and palm leaves. With colonisation, and advent of modern times, the traditional structures were neglected. Traditional medical systems are one such streams of knowledge. One such traditional medical system developed in Tamil Nadu’s, called Siddha, is on the verge of ruin because of neglect and disregard. Though Siddha is recognized by the government of India, this traditional medical system has not been systemically studied. A major reason for this is the difficulty in accessing the original texts which are in the form of manuscripts, and are kept in libraries or held by practitioners.

Siddha was written on palm leaves with ink made using charcoal and lemon grass oil. Palm leaves are vulnerable for attacks by insects, rodents, decay and fungus. The British Library played a huge part in revival of the Siddha practice by digitising the manuscripts. The project is a part of Endangered Archives Programme (EAP) by British Council and French Institute of Pondicherry. A total of 1,586 manuscripts were digitised as part of this project. The EAP team also arranged the manuscripts into the correct page order, and helped restore or repair the manuscripts with minimal intervention.

“The manuscripts are often neglected by traditional Siddha practitioners because few of them are able to decipher them, as their traditional training relied on clinical practice, and the texts may use a metaphoric language. Moreover, at the death of the practitioner, manuscripts may have been burnt, thrown away, sold or donated, when no descendant continued the family medical practice,” stated the British Library website.

The manuscripts of Siddha medicinal system elaborate on a range of topics like snake or scorpion bites or intoxication caused by food and medicine, child and mother care, acupressure, and also other topics like mantra, spirituality, alchemy and astrology.