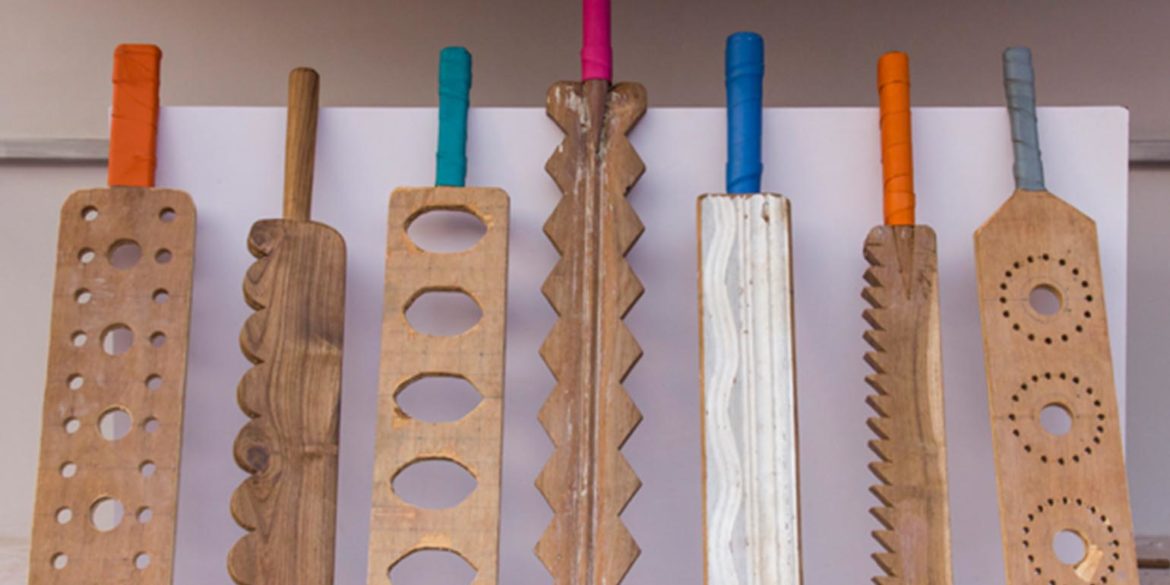 In February 2016 the Design Museum Dharavi opened its doors with the mission to challenge the negative perception of informal settlements. The co-founders are Amanda Pinatih & Jorge Mañes Rubio. Amanda is an art historian & critic and Jorge is an award winning visual artist. They ask two important questions: What is a Museum? And how can Design be used as a tool to bring change?

On being asked why not any other locality from around the world, they say, “There are design museums in Milan, New York, London. If there were to be a new Design Museum in Mumbai, why not in Dharavi? Unfortunately, people are seeing only one side of the coin, a negative and more discouraging one. While it may make good headlines, we feel it is unfair to its people.

Dharavi is far more complex and they deserve better than calling their home a slum (a word that must be eradicated). We prefer to focus on Dharavi’s potential, its local economies and local neighbours. We want to ask if there is a space for an informal settlement with all sorts of people with amazing interdisciplinary skills to showcase their craft and be known for that instead.”

Amanda & Jorge met their current team from URBZ 4 years ago who in turn put them in touch with Dharavi’s citizens. Working together with the Urbanology Institute, the Design Museum Dharavi (DMD) is not merely interested in discussing art within the context of Dharavi, but more in using Design to help understand the urban fabric of this creative hub and change our responses to it.

The DMD bravely wants to turn the currently popular elitist status of a Museum on its head, wanting to make it more accessible, engaging and relevant. Like in their first exhibition they placed potters next to broom-makers, breaking the norm of what was traditionally looked down upon.

“In fact, why can’t a broom in itself be an item worthy of conserving? Broom-making requires demanding skills and this should be documented and preserved [too]” said the DMD. Travelling on a pushcart, the “nomadic” Museum on Wheels was inspired by its “user-generated neighbourhood [that] is reinventing itself on a daily basis [with] its many peculiarities.”

The second exhibition featured a street cricket tournament, where richly hand embroidered uniforms and stunning hand carved wooden bats were not only displayed but also put into action.

The DMD reminds us that “by 2030 some two billion people, or nearly a quarter of humanity, will be living in informal dwellings. With an ever-growing world population, home-grown neighbourhoods will play a major role in the expanding megacities of tomorrow.” To initiate this dialogue, Amanda & Jorge are presenting the DMD idea at a conference in Amsterdam later this year.

The next exhibition is on Dream Houses – where the challenge is to re-imagine a typical space of 10×15 feet that can be built up to 2 to 3 storeys.The Dream House must be multifunctional, where one can both live and work, yet evolve with space and time. The aim is to find new solutions that are attractive to locals.

Taking place in a private house, the exhibit will be complemented with workshops, discussions and debates on how to better their living spaces.The DMD will be inviting local citizens, design students, architecture students and hopefully political decision makers, to implement some of the solutions generated from this exhibition.