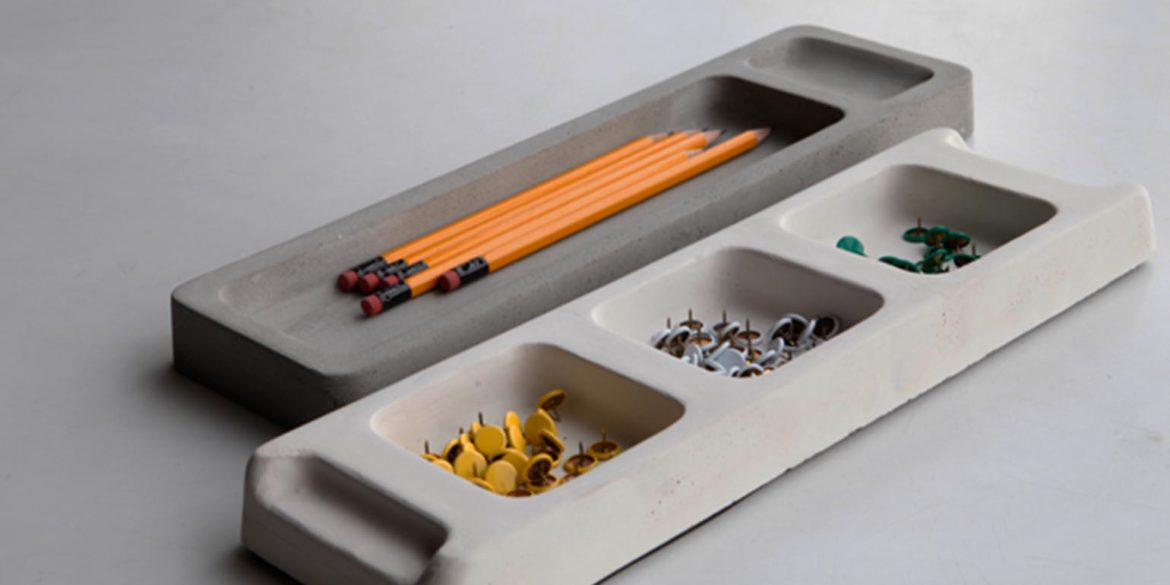 The allure of concrete, in its stark, exposed, silky, rugged demeanour, is a characterful heady mix, especially for architects and designers. The fascination for this cementitious rudimentary texture reveals itself in a wistful tinge every time I see the handcrafted décor objects made by GOMAADS, a product design studio based out of Noida.

GOMAADS on a roll since January 2013, contrives its name from the foremost initials of its founders – Gopendra Singh, an architect and product designer, Malavika Singh Gupta, an interior designer and Aditi Sharma, an interior designer. “We wanted to experience what more could be done with concrete other than buildings and bridges! And it turned out to be…a lot!,” say the people whose passion defines the eponymous quest.

An attitude to experiment on construction sites, and refining of techniques through informative videos amongst others, prompted unexpected outcomes of this new indulgence. The inquisitive ‘art in concrete’ has no definable style. And it gradually has found its way, to enliven walls, as magnets anchoring memories on your fridge, as accessories in the chaotic and peaceful nooks of your home and office, or as artistic statements.

In a variance of moods, their ever-growing range of paraphernalia such as accessories, tableware, planters, and wall art reflects the triumphant payoff of their hard work, and the redressal of concrete in this new avatar certainly contributes to an edgier and bigger idea.

Constantly gaining momentum and incremental as they evolve, their spectrum of work has extended to the thought of explicating the functional aesthetic for wall claddings, sinks and light fixtures, and will graduate to furniture pieces born of an interplay with other materials such as wood and metal.

At the outset, neither was it as instantaneous, nor was it easy. It took them some time to put together the right tools and techniques. “What followed was about nine months of experiments, (read some heartbreaking disasters!!) accompanied with more confidence and the belief that something exceptional is soon going to happen.”

One of the first products Twistic – the sculptural clock resting on a twisted stand – was created out of a CD case cover ‘and then,’ as the possibilities unfolded, “there was no looking back”.

A sum greater than its parts: A personal view of the studio practice

Concrete’s versatility bears the badge of many delights and astonishments, and the GOMAADS’ folio reinforces the magical layered upshot of the chemistry and labour. Their work proceeds from a hands-on ethic: from the choice of the appropriate mix to the quality of molds. The effect if possible, is even more vivid in light of the vulnerability of a bespoke experience and the inherent beauty of the material.

Their works are abstracted from real forms, adding substance to a play of material and rendering imagination to all commonplace actualities. “Each piece,” they believe, “has its own air bubbles and a story to tell.” A belief that enthusiastically invites the visual vocabulary of a fanciful, functional aesthetic now into our homes.

Without directly extolling the virtues of materiality, the experimental approach believes in projecting a new image for cement – light-weight, austere and in glimpses, quirky. The intent is to upbraid conventional perceptions about the basic textures and materials. And their efforts have not gone unnoticed – GOMAADS received its first EDIDA in February 2014 in the Tableware category.

Browse through or pick up GOMAADS’ products here.