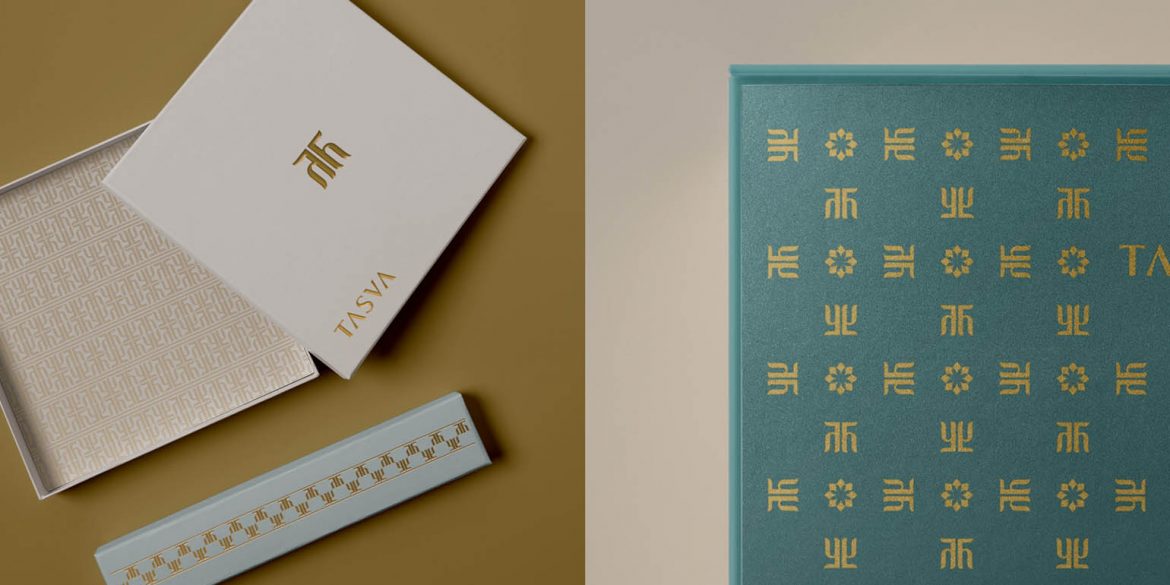 Case Study: Positioning and identity design for TASVA by Codesign

Born out of a powerful collaboration, TASVA aims to capture the ethnic menswear market in India

Ethnic wear is the largest segment in the Indian fashion market, estimated at USD 67 bn in 2020, and expected to rise to USD 107 bn by 2025. At present, the category majorly caters to women and remains unbranded—two attributes that have started to witness a shift. Indian ethnic wear has started gaining popularity and preference in the mainstream brands. This has been true for premium ethnic menswear, which had handful of branded players until a couple of years ago, such as Manyavar and Fabindia.

In February 2022, Vedant Fashions, owner of Manyavar, listed itself on the National Stock Exchange with the firm’s market cap standing at around Rs 21,000 crore. It can be seen as testimony to the huge potential this category has to offer. In fact, several international brands were quick to recognize the opportunity and have dabbled into desi collections to lure the Indian consumer. Japanese brand Uniqlo and French brand Lacoste recently introduced kurtas in their collections; H&M collaborated with designer Sabyasachi to design saris for their summer 2021 collection.

A new brand enters the market

Early this year, Aditya Birla Fashion and Retail Ltd (ABFRL) recognized the opportunity in ethnic menswear category and launched a new brand in the mass-premium category under the leadership of renowned Indian designer Tarun Tahiliani. Currently the brand has five stores across India and aims to scale up their retail operations to 250 stores in five years. ABFRL is a retail giant that has a network of more than 3000 stores across the country, mostly housing their premium western wear brands like Louis Philippe, Van Heusen, Allen Solly and Peter England. Delhi-based design studio Codesign partnered with ABFRL and Tarun Tahiliani to work on the brand’s positioning, design the core identity, and name the brand. We spoke to Mohor Ray, partner at Codesign to understand more about the branding process.

The brand is named TASVA is an invented combination of Sanskrit words ‘tat’ (that) & ‘sva’ (self). Sanskrit is one of the ancient Indian languages, and deriving the name from Sanskrit helps in associating the brand with tradition and culture. TASVA’s brandmark is a play on the letter T and the Sanskrit alphabet ‘ta’. The brandmark is contemporary, elegant and sophisticated. In fact, the identity was built with what Ray states as “an inherent Tarun Tahiliani-ness” tailored for mass-premium appeal. “The monogram is bold in its simplicity, and transforms into rich surface textures when called for. Very importantly, the identity assets also have great presence when translated into on-product instances, like borders, buttons, labels etc,” says Ray. The ethnic menswear category will witness rapid growth in coming years. The challenge in positioning of Tasva was to move beyond the typical representation of ethnic menswear segment, which has remained staled owing to assumption that men are uninterested in fits, styles, quality of fabrics and trims, and other details related to garments and accessories. “Unlike ethnic wear for women in the mass segment, menswear has shown very little change in the imagination of men within the context of traditional celebration. From a positioning perspective this is challenging because you’re going up against what’s become a category code of sorts—this tableau of nostalgic, royalty inspired, chromatic India. For decades this is what has been served and consumed as a mind-space. And because of its sheer ubiquity, it has become some sort of a ‘formula’ for success. There’s always resistance to shaking up what’s been a proven success, so far,” says Ray.

After working on the positioning phase of the project, Codesign arrived at three streams. In their words, these are:

“Once the positioning was in place, it cascaded into guidance for both naming and identity work-streams,” says Ray.

Tarun Tahiliani is the country’s one of the most celebrated designers best known for ethnic wear for men in luxury category. His couture business was evaluated to close to Rs 70 crore in 2020. Though TASVA is in mass segment category, the collection reflects Tahiliani’s expertise, experience, and signature elements. The designer’s voice and vision have also been foundational to identity design and positioning of the brand. He participated in discussions and kept the branding team informed about the prototypes and other  developments related to the product line.

“The mass segment for ethnic menswear has been largely unbranded until now; while there have been players in the segment, the products themselves are largely an assortment without clear design differentiation. The design leadership of Tahiliani for TASVA changes that, and we were very keen that it was something that should consciously be embedded in identity. With Tahiliani, there is a viewpoint on design, how it should function and make you feel. And all of this comes from more than two decades of an established brand, voice and visibility. When you combine that with the trust and expectation of quality at scale that Aditya Birla Group brings, it’s a very powerful mix,” says Ray on design leadership of Tahiliani, which will be a crucial differentiating asset in defining the success of the brand.

Ethnic menswear segment in the branded category is bound to see a lot more action in coming years. In 2019 Raymond launched Ethnix, a brand for ethnic menswear. A year before that Saif Ali Khan launched House of Pataudi on Myntra, and has been growing it steadily since. Many such players have entered the category. TASVA’s strengths lie in the design leadership of Tahiliani, ABFRL’s formidable retail experience and presence, and a clear and strong brand identity that will be reflected across hundreds of stores and digital platforms.

If you want to feature your work in this space, write to us at designyatra@kyoorius.com