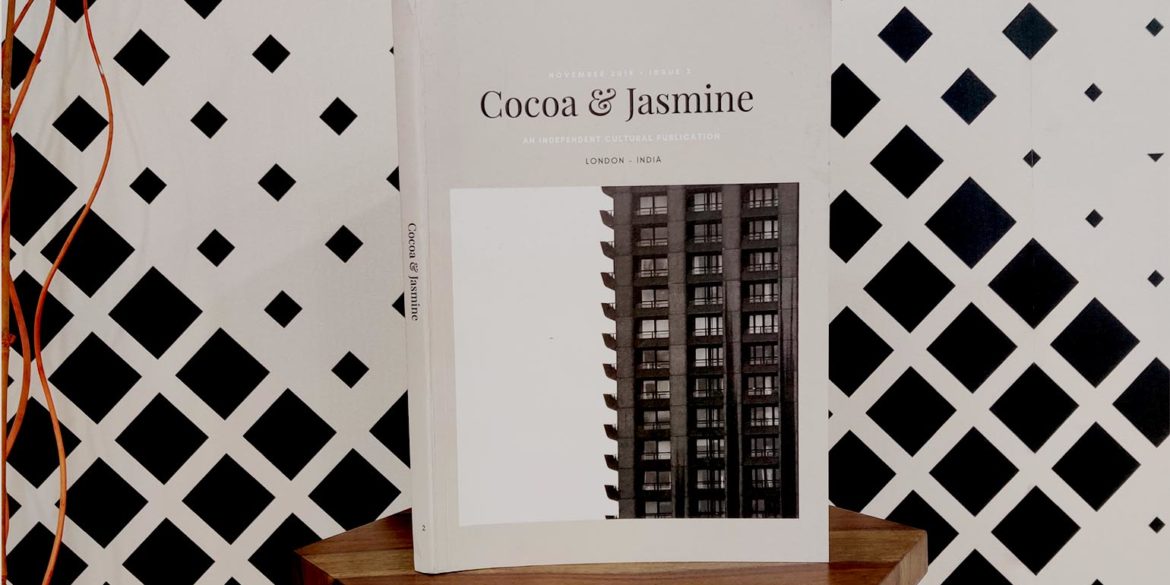 As an antithesis to the reading habits of the 21st century creative, Delhi based studio, Cocoa and Jasmine, published the second issue of its eponymous journal with interviews and features leisurely pouring over pages after pages. Some interviews, like with Good Earth owner, Anita Lal were done over multiple meetings, while others, like with Shamil Thakrar, were done over long, meandering conversations, spreading over a couple of hours and meals.

For the interview, Sayali Goyal, the founder of the studio and editor of the issue, spent over months in coordinating and later editing, proofing and fine tuning the interviews. You realise the hardwork in maintaining the focus when you read through Gautam Sinha and Samyukta Nair talking about experiential retail at Nappa Dori and Clove. At other places, like in interviews with Raw Mango’s Sanjay Garg and historian Rta Kapur Chishti, her expertise as a textile designer is revealed over long conversations on sari.

More interviews, with founders of indie magazines Majestic Disorder and Suitcase let you a glimpse in the minds of those who still believe in the print magazine. A section named Women Leaders have Farzana Baduel, founder and CEO of Curzon PR and Shilpa Sharma who started with FabIndia and went on to be the co-founder of Jaypore open their hearts about their professional journeys.

There is more, from a personal project which took Goyal to the long-lost parts of northern India in search of crafts and craftspeople. The extensive interviews and documentation during the project is published in the journal under the Craft section. There are other contributors as well, who have written about museums, design festivals, creativity, craft, and a lot more. So read, but in a way this journal was created—slow, carefully, with attention to detail.